A new majority emerged during the Iowa Supreme Court’s 2018-19 term that ended in June with the retirement of two justices and the appointment of their replacements, according to an On Brief review of the 108 decisions issued by the court during the 10-month term.

That changed last term with the retirement of Justice Zager, who was replaced by Susan Christensen in September, and with the retirement of Justice Hecht in December, who was replaced by Christopher McDonald. Since their appointments, Christensen and McDonald have often joined Waterman and Mansfield to create a four-justice majority.

A review of the voting patterns of the seven justices this term bears out this trend. (Note: These figures are incomplete, because McDonald joined the court in March, after many cases had previously been decided. Hecht participated in one case before leaving the Court, and Zager participated in four.)

In cases where the Court was divided, Mansfield, Waterman and Christensen were in the majority more often than other members of the Court. Wiggins and Appel were in the majority in just four decisions each where the Court was divided, and the two wrote 29 of the 42 dissenting opinions filed by members of the Court. Appel by far wrote the largest number of opinions at 40, including majority opinions, dissents and concurrences, or a fourth of all the Court’s opinions.

Members of the court who least often agreed: Appel and Waterman (12 percent of the decisions); Appel and Christensen (13 percent); Appel and McDonald (19 percent).

There is no way to predict with any certainty how these changes in the Court’s makeup might affect decisions in future terms, but some opinions written by the new justices last term offer insights into how they might challenge the idea of expanding individual rights under the Iowa Constitution, as the Court has done in a number of decisions in recent years.

Among them: Varnum v. Brien (2009), which recognized same-sex marriage; Godfrey v. Branstad (2017), which recognized a constitutional right to sue the State for civil damages for a violation of civil liberties; and Planned Parenthood of the Heartland v. Reynolds (2018), which declared that a woman has a fundamental constitutional right to decide whether to terminate a pregnancy.

There may be less appetite on the Iowa Supreme Court for that now.

Waterman and Mansfield, who were not on the Court for Varnum, dissented in Godfrey and Planned Parenthood, and if their dissents suggest they are reluctant to reach results under the Iowa Constitution, they may have company in Christensen and McDonald.

This divide was illustrated in a ruling handed down on the last day of the term, State v. Brown, in which the Court in a 4-3 decision held that a police traffic stop was justified based on the officer’s observation of a driving violation even if the driver’s race was also a factor.

In the majority decision, Christensen, joined by Mansfield, Waterman, and McDonald, rejected the appellant’s argument that the stop was illegal under the Iowa Constitution. “If the framers of the Iowa Constitution wanted to create greater search and seizure protections for Iowans,” Christensen wrote, “the nearly identical language of Article I, Section 8 to the Fourth Amendment does not reflect this desire.”

Cady, Appel and Wiggins dissented. In a separate opinion joined by Wiggins, the chief justice made the argument that the Court is not bound by U.S. Supreme Court precedent in such traffic-stop cases, stating “our understanding of justice and the rights entailed in maintaining justice have evolved,” and “[a]s a branch of government committed to justice and protection of the rights of all Iowans, we should not be so beholden to the past that we prevent ourselves from enacting justice in the present.”

And, in a separate dissent joined by Wiggins, Appel recited the Iowa Supreme Court’s history of independently interpreting this state’s constitution rather than deferring to the federal court. And he said the Iowa Court should continue to “‘jealously’ protect our authority to follow an independent approach.”

In a separate concurring opinion, McDonald agreed with Appel up to a point, but he challenged the idea that the U.S. Constitution “sets the floor for claims arising under the Iowa Constitution.”

In the next term that begins in September, all seven justices will have the opportunity to participate in all decisions, which no doubt will offer more insight into what direction the Court is headed on these issues. 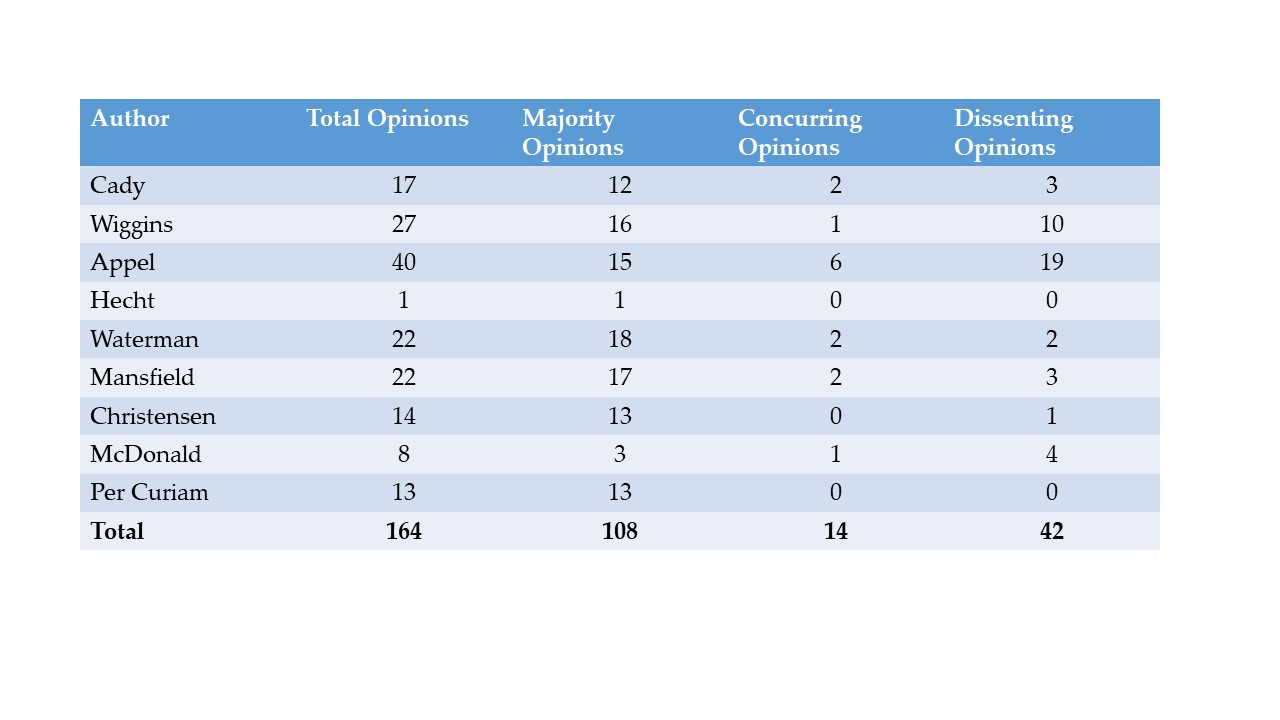 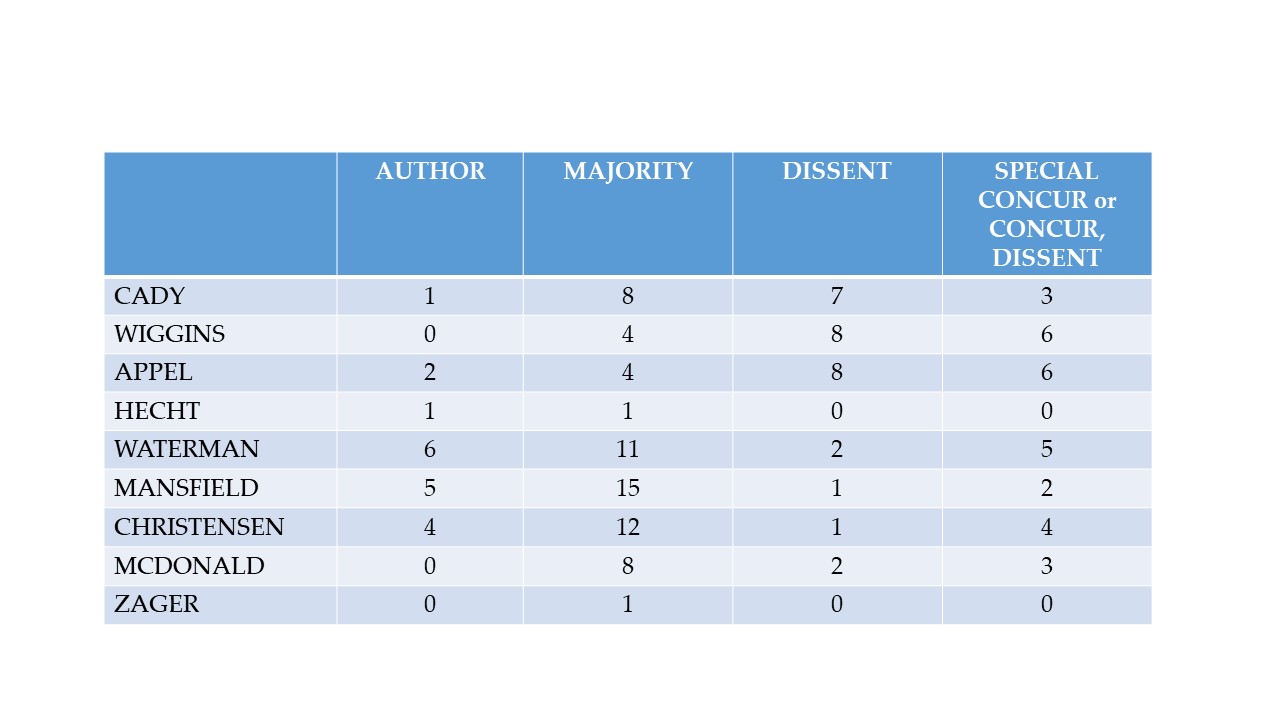 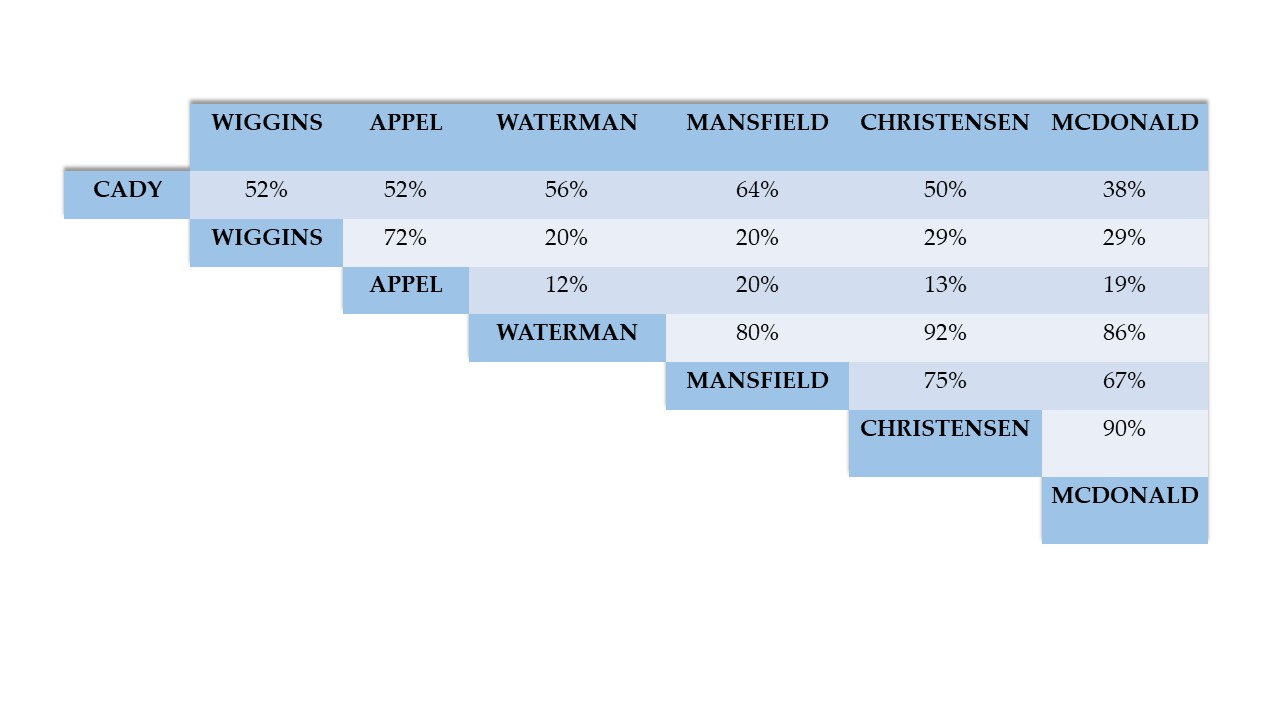