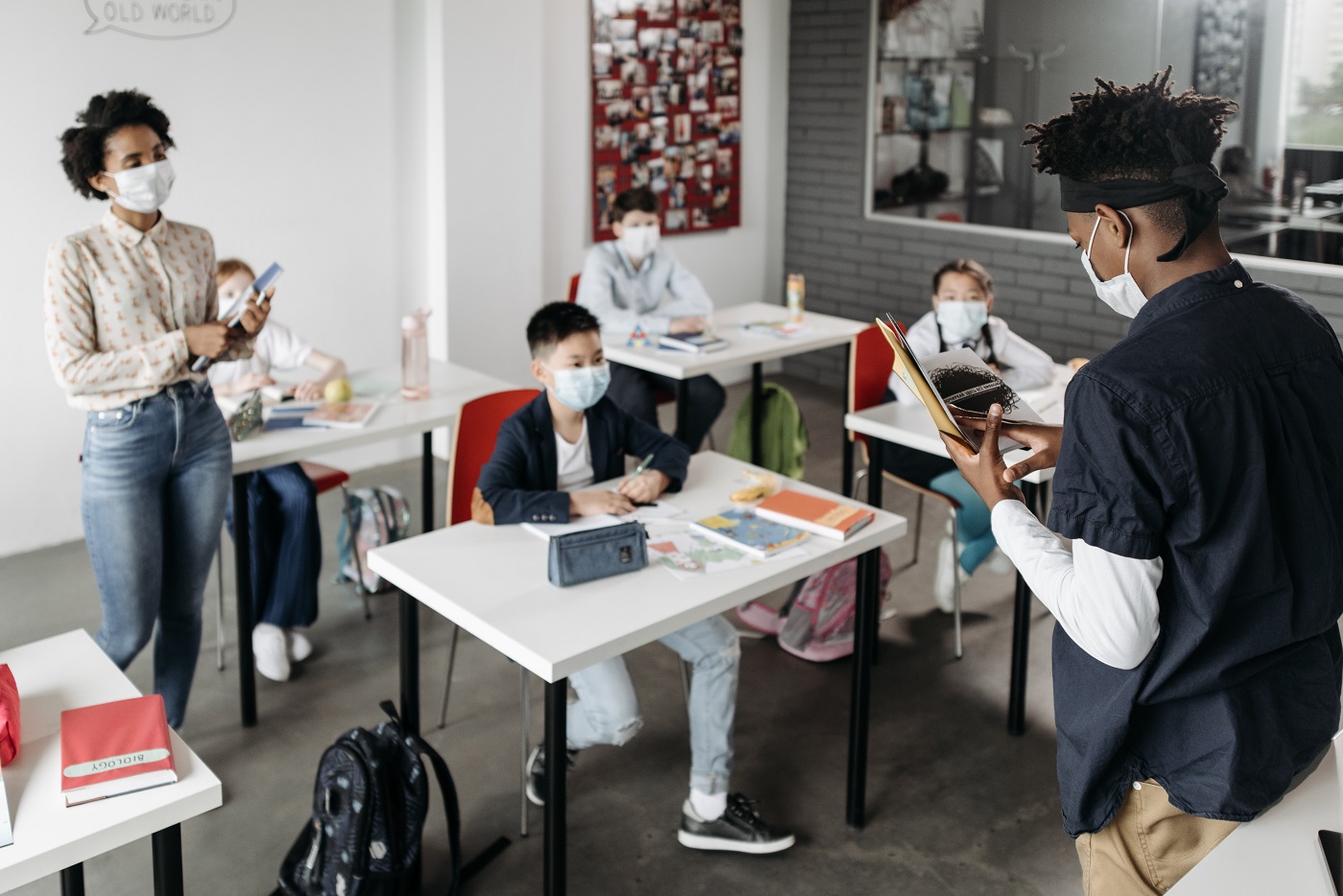 Appeals court upholds injunction against Iowa’s ban on mask mandates in schools, but wants it narrowed

A group of Iowa parents of children with disabilities who sued the State to block enforcement of a state law banning mask mandates in schools are entitled to a preliminary injunction, but it should be narrowly tailored to apply only to schools with students with disabilities.

That is the thrust of a 27-page decision handed down Jan. 25 by the U.S. Court of Appeals for the Eighth Circuit, which has jurisdiction over Iowa and six other Midwest states.

In effect, the state’s ban on mask mandates may be enforced only against schools that have no students with disabilities recognized under the federal Americans with Disabilities Act.

The mask mandate ban in question was enacted by the Iowa Legislature in May 2021, codified as Iowa Code section 280.31, which says:

“The board of directors of a school district, the superintendent or chief administering officer of a school or school district, and the authorities in charge of each accredited nonpublic school shall not adopt, enforce, or implement a policy that requires its employees, students, or members of the public to wear a facial covering for any purpose while on the school district’s or accredited nonpublic school’s property unless the facial covering is necessary for a specific extracurricular or instructional purpose, or is required by section 280.10 or 280.11 or any other provision of law.”

Parents of children with serious disabilities that increase the risk of complications or death from Covid-19 and Arc of Iowa, the state chapter of a national advocate for people with intellectual and developmental disabilities, filed suit in the U.S. District Court for the Southern District of Iowa in September. They claim section 280.31 violated their rights under the Americans with Disabilities Act, Section 504 of the Rehabilitation Act, and the American Rescue Plan Act of 2021.

Gov. Kim Reynolds and Iowa Department of Education Director Ann Lebo were named as defendants, along with 10 school districts where plaintiffs’ children attend.

In October, U.S. District Judge Robert Pratt issued a preliminary injunction against enforcement of the law, which the State (although not the named school districts) appealed, arguing that the plaintiffs lacked standing and failed to exhaust administrative remedies, and that the District Court abused its discretion in granting the preliminary injunction.

In its decision, a divided three-judge panel of the Eighth Circuit affirmed in part and vacated in part Pratt’s injunction and remanded the case for a more narrowly tailored injunction. Circuit Court Judge Duane Benton of Missouri wrote the opinion for the Court, which was joined by Circuit Judge Jane Kelly of Iowa. Circuit Judge Ralph Erickson of North Dakota dissented, saying the plaintiffs should first have exhausted administrative remedies before pursuing their case in District Court.

In holding that the plaintiffs have standing, the Court said the plaintiffs demonstrated an adequate injury in fact, citing the example of the child of one plaintiff who has a brain injury, cerebral palsy, and a history of strokes and epilepsy, and for whom contracting Covid-19 would pose a risk of “severe complications” including further brain damage. The child of another plaintiff “faces an even starker choice because his school offers no remote-learning option and other interventions have failed: take extreme health risks or receive no education at all,” Benton wrote.

The State argued that plaintiffs are not harmed by 280.31 because it permits schools to mandate facial coverings “when required by federal law,” but the Court said the plaintiffs’ schools stopped requiring masks as a result of the State’s threatened enforcement of the statute.

“These defendants interpret the law to completely prohibit schools from requiring anyone wear masks on their property and interpret federal law to never require masks in schools,” Benton wrote. “The Iowa Department of Education, which Defendant Lebo heads, has threatened violators of the law with referral to the State Board of Education, which even can take control of districts and strip them of accreditation.”

The Court said, “the schools and school districts have gone without mask mandates because of the law and the threat of enforcement, and plaintiffs have been forced to choose between their children’s lives and the quality of their education.”

Although the State argued that masks are not mandated by federal law, the Court held that the plain meaning of Section 280.31 is that where federal law requires masks in school, the Iowa law allows them. The Court observed that the statute includes the phrase “unless . . .  required by . . . any other provision of law,” and the Court interpreted that language to allow masks in schools as necessary to comply with the Rehabilitation Act or the ADA.

The Court held that the plaintiffs met the requirements for a preliminary injunction: They established they are likely to succeed on the merits; they are likely to suffer irreparable harm in the absence of preliminary relief; the balance of equities tip in their favor; and, an injunction is in the public interest. The injunction allows the school districts to impose “some mask requirements [when needed as a] reasonable accommodation for disabled students.”

But it said Judge Pratt’s injunction was overly broad.

Iowa Code section 280.31 may prohibit certain Iowa schools from imposing mask requirements without violating federal disability law, the Court said. First, the plaintiffs are not harmed by the absence of mask requirements at schools their children do not attend; and, second, some schools do not have any students whose disabilities require masking.

The State has announced that it intends to appeal the Eighth Circuit’s Jan. 25 ruling, seeking a rehearing before all 11 members of the Circuit Court. Meanwhile, the District Court’s injunction remains in place statewide, and the State will still not enforce the statute.