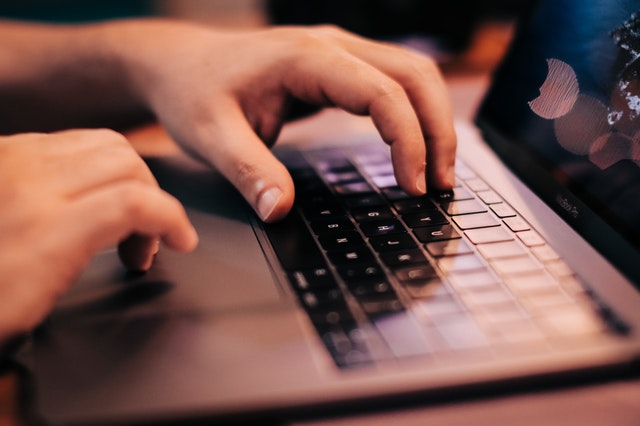 A list of property owners who asked the Polk County Assessor’s Office to remove their names from the search function on the assessor’s website is a public record, but the list is exempt from disclosure under an exception in the Iowa Open Records Act, the Iowa Supreme Court held Dec. 17 in Polk County Assessor Randy Ripperger v. Iowa Public Information Board.

The county assessor’s website contains real estate records that can be searched by the owner’s name, which takes the searcher to the property address and includes details about the land and buildings.

More than 3,500 owners of property in Polk County – including police officers, prosecutors, judges, crime victims, and other private citizens – have asked that the assessor disable the online search function that links their names with the addresses of their property. Property records, including those of owners whose names are on the disabled list, can still be found online by typing in the property address. Property records are also searchable by name at the Assessor’s Office, including the names of those on the disabled name list.

Polk County Assessor Randy Ripperger treats the disabled name list as a confidential record, which the Des Moines Register argued in a complaint before the Iowa Public Information Board violates Iowa’s open records law. The Board agreed, and its decision was affirmed by the Polk County District Court, which Ripperger appealed.

In reversing the District Court, the Supreme Court agreed with Ripperger that the list of disabled names is exempt from public disclosure. The decision by Justice Thomas Waterman was joined by Chief Justice Susan Christensen and Justice Dana Oxley. Justice Edward Mansfield filed a separate opinion concurring in part and dissenting in part, arguing that the list is not exempt from disclosure. Three justices – Brent Appel, Christopher McDonald, and Matthew McDermott – did not participate in the decision.

The Court agreed with the Public Information Board and the District Court that the disabled names list is a public record under Iowa Code Chapter 22, which is designed to “open the doors of government to public scrutiny” by giving “all persons the right to examine public records,” Waterman wrote. But the statute lists specific categories of records that “must be kept confidential.”

The exception at the heart of this case is found in Iowa Code section 22.7(18):

The Court held that the burden was on Ripperger – not the Public Information Board – to prove the exception applied. It concluded that Ripperger met that burden.

“Ripperger concluded that fewer people would request removal from the search-by-name function if doing so placed them on a public list,” Waterman wrote. “We agree with his determination for several reasons. First, the list is comprised of property owners who sought greater practical anonymity or privacy, many with good reason, including police officers, prosecutors, and judges, who offered compelling testimony of reasons to fear people they arrested, prosecuted, or sentenced might attack them at home. Naming them publicly could put a target on their back . . . .”

One issue left open by the Court is whether the Assessor’s list of persons on the disabled list who are not “outside of government” within the meaning of section 22.7(18) are entitled to protection under this statute, and who is included in that carveout. Because the District Court ruled against Ripperger on other grounds without deciding that issue, the Supreme Court declined to reach the issue on appeal. But the Court held that “we exercise our discretion to allow the Board to raise the issue on remand.”

Justice Mansfield, in his separate opinion concurring in part and dissenting in part, argued that the Public Information Board and the District Court both correctly ruled that the Iowa Code section 22.7(18) exemption does not apply in this case.

Mansfield wrote that the majority failed to give proper deference to the Public Information Board’s interpretation of the law and used the wrong standard of review. He argued that a more deferential standard under the Administrative Procedure Act should have been applied because the Legislature gave the Board broad authority to interpret the open records law.

“Moreover, there are logical reasons to accord deference to the Board’s interpretation of Iowa Code section 22.7(18),” Mansfield wrote. “The Board receives hundreds of contacts and over one hundred formal complaints annually. It has assembled a body of experience to help it determine when a government body could ‘reasonably believe’ that persons outside of government would be discouraged from making a particular communication if the communication were publicly available.”

The exception in 22.7(18) is intended to protect “sensitive information like the identity of private citizens making confidential complaints about government employees,” Mansfield wrote. The question, he said, is whether the communication will occur only if it is kept confidential from the public.

In this case, the communication allows citizens to opt out of having their address searchable on the Assessor’s internet database. The Board and District Court both concluded it is illogical to assume those citizens with safety concerns would rather be found in the database than on the list of those who opted out.

Mansfield wrote that the Assessor’s property database serves a public purpose, such as ensuring that the public can see that the properties of those with power or an inside connection are being fairly assessed for tax purposes. Or, he wrote, “It may ferret out commercial property developers who asked to be on the list — not because of a safety concern — but simply because they preferred to limit their transparency to the public. That’s something the public may want to know.”