After two previous terms marked by historic turnover due to retirements, deaths, and new appointments, the Iowa Supreme Court closed the books on the 2020-21 term last month with all seven justices serving the entire term.

Thus it’s possible to observe some trends among new members of the Court as well as the veteran justices based on a statistical review of the cases decided this term. In sum, with a full term with a full complement of justices now completed, the Christensen Court is more diverse in thought, and less predictable, than in some years past when justices sorted themselves into distinct voting blocs.

The Court decided 119 cases, which is a bit larger than in recent terms. Eighty-four cases were decided unanimously; in 35 cases the justices were split, and in 11 of those they were divided 4-3. The average time between when cases were submitted and when they were decided was 86 days. 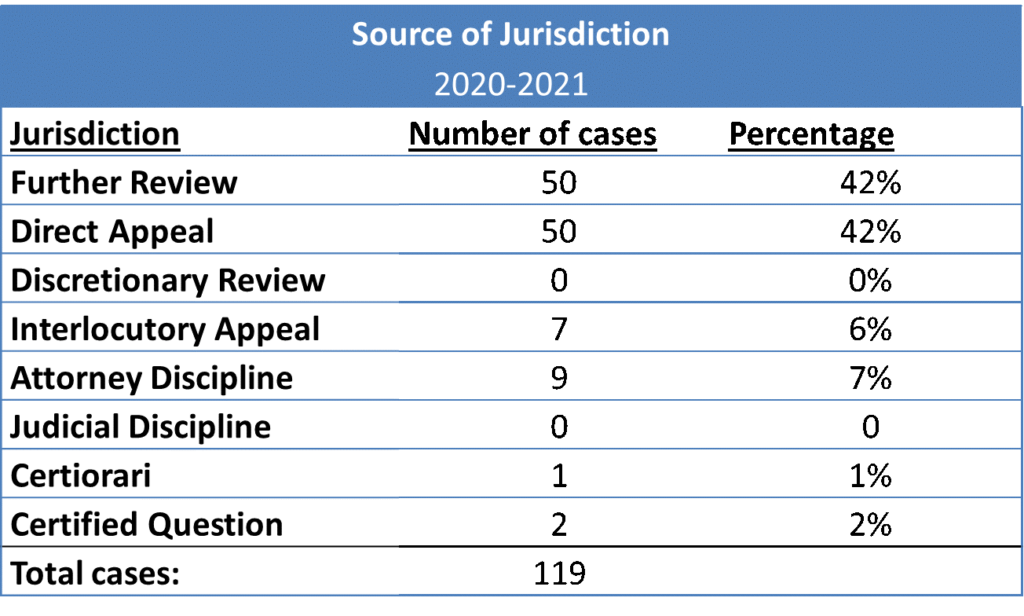 Some voting patterns emerged during the term indicating how likely members of the Court are to agree with one another on how cases should be decided.

Justice Dana Oxley wrote 15 opinions, 14 of which were for the majority. Justice Oxley authored just one dissent and no concurrences.

Justice Waterman wrote a total of 22 opinions, of which 90 percent were for a majority. He wrote only one dissent and one separate concurrence.

Justice Mansfield wrote 23 opinions, of which 78 percent spoke for a majority of the court, and he filed three dissents and three concurrences. 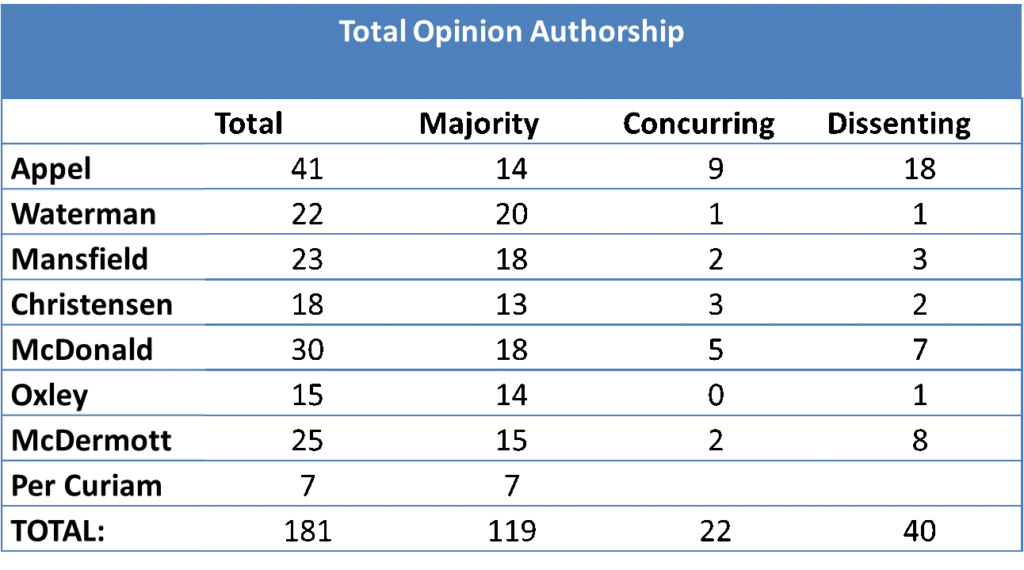