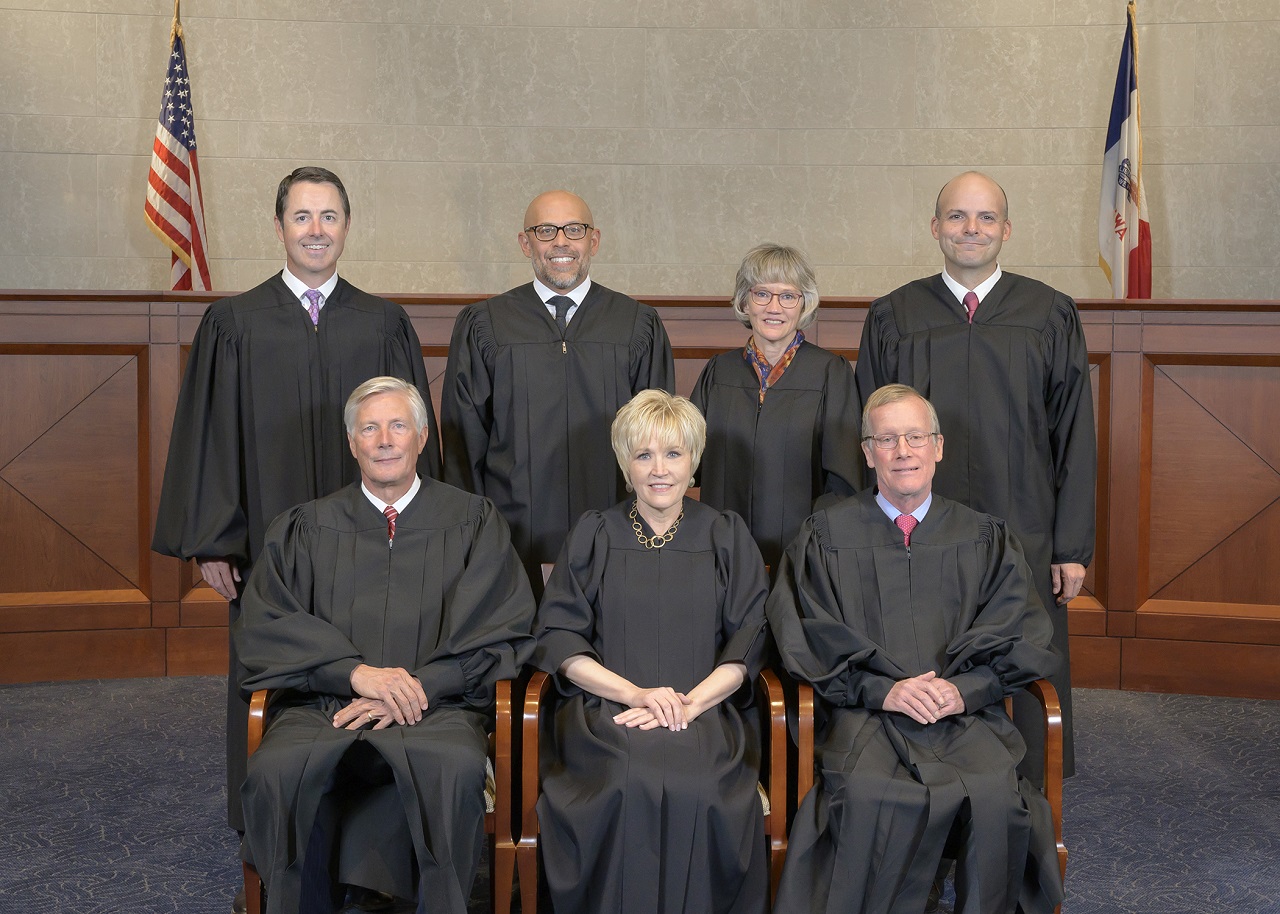 When a criminal defendant pleads guilty to a crime, it produces the same result as a criminal conviction at trial. So courts have created procedural requirements designed to ensure that any plea is legally and constitutionally valid before it is accepted.

One requirement is that there must be a factual basis for the crime the defendant is charged with. Defendants have an opportunity to challenge the validity of a guilty plea with a motion “in arrest of judgment” asking the trial court to reconsider the factual basis of the alleged crime that was the subject of the plea.

Failure to file a motion in arrest of judgment at the trial court level can block a defendant from taking an appeal of a conviction following a guilty plea directly to the Iowa Supreme Court, however.  In a ruling handed down Nov. 4, the Court said there are good reasons for blocking such appeals when defendants skip that procedural step.

John Eddie Hanes III signed a written plea in Scott County District Court in which he pled guilty to a charge of criminal gang participation in exchange for dismissal of a charge that he unlawfully possessed a firearm as a felon.

After Hanes was convicted and sentenced to prison, he filed a direct appeal to the Iowa Supreme Court arguing his conviction and guilty plea should be vacated because the firearm charge lacked a factual basis. That’s because “aiding and abetting a criminal act” is a necessary element of the offense that he was charged with, the “criminal act” in question was his unlawful possession of a firearm, and he argues he cannot “aid and abet” his own possession of a firearm.

While Hanes did not file a motion for arrest of judgment in District Court, he argued on appeal that the trial court should have rejected the plea on its own motion.

Without addressing the merits of Hanes’ argument that the gang-participation charge lacked a basis in fact, the Court said it lacked jurisdiction to hear Hanes’ appeal because he failed to file a motion in arrest of judgment in District Court, and the Court rejected his invitation to create a new exception that would allow his appeal.

Under Iowa’s Rule of Criminal Procedure 2.8(2)(d), a District Court must inform the defendant that any challenge to a guilty plea based on alleged defects in the plea proceedings must be raised in a motion in arrest of judgment. Rule 2.24(3)(a) states that failing to do so precludes the right to challenge the validity of a plea before an appellate court.

The Court has in previous cases created two exceptions to the rule precluding direct appeals: First, when the trial court fails to inform a defendant that a motion in arrest of judgment must be filed to challenge the guilty plea in a direct appeal; second, when a defendant alleges that the failure to file a motion in arrest of judgment resulted from ineffective assistance of counsel.

Hanes argued on appeal that the District Court should have arrested judgment on its own motion to ensure his guilty plea was supported by a factual basis, which is allowed under Rule 2.24(3)(c). That would create a third exception to the rule foreclosing direct appeals where the defendant failed to file a motion in arrest of judgment.

The Court declined to create a new exception.

Whereas the requirement that a defendant must file a motion in arrest of judgment under Rule 2.24(3)(a) is mandatory, Rule 2.24(3)(c) merely allows but does not mandate the District Court to arrest judgment on its own motion, Justice Waterman reasoned. “Requiring a motion in arrest of judgment ensures that there will be a district court ruling to review on appeal, and as noted, provides the district court an opportunity to correct the error,” he wrote. “The motion can also serve to alert the state to fill any gaps in the record to establish a factual basis for the plea, or attempt to renegotiate the plea agreement if a factual basis is lacking on a certain charge.”

In a dissenting opinion, Justice McDermott agreed with Hanes that his guilty plea to the gang-related crime lacked a factual basis because he could not abet himself on the firearms charge. “A required element of the crime is lacking,” Justice McDermott wrote. “Hanes thus stands wrongly convicted — and at this moment, incarcerated — for a crime that on this record he did not commit.”

“By accepting Hanes’s plea and entering a judgment of conviction without a factual basis for the crime,” Justice McDermott wrote, “the district court violated Iowa Rule of Criminal Procedure 2.8(2)(b), which states that a court ‘shall not accept a plea of guilty without first determining that the plea is made voluntarily and intelligently and has a factual basis.’”

Although Hanes asserts ineffective assistance, McDermott said this exception to the motion-in-arrest-of-judgment rule “is now something of a historical relic in light of recent amendments to Iowa Code section 814.7, which forbids parties from raising ineffective-assistance claims in a direct appeal.”

“What’s the point of forcing Hanes to challenge his unquestionably unlawful conviction in a separate, time-consuming PCR action? Hanes poses a purely legal challenge to the validity of his guilty plea and no fact-finding is required,” McDermott wrote. “We have the record in front of us. It shows that the district court violated rule 2.8(2)(b) when it accepted Hanes’s guilty plea to the gang-participation charge without a factual basis. We have discretion under rule 6.108 to address the district court’s violation now — and we ought to.”

Writing in a separate opinion concurring with the majority, Justice Oxley, pointed out that that the only appellate route for defendants in Hanes’ position based on the Rules of Criminal Procedure is through an ineffective assistance of counsel claim, which she said is misplaced.

“Rather than continuing the façade of analyzing factual-basis challenges through the lens of an ineffective-assistance claim when no motion in arrest of judgment is filed, we should amend rule 2.24(3)(a) to allow factual-basis claims to be brought on direct appeal even if a motion in arrest of judgment is not filed,” she wrote. “Sending the claims to postconviction relief (PCR) serves no purpose but to cause delay and increase the burden on defendants and judicial resources through additional proceedings.”