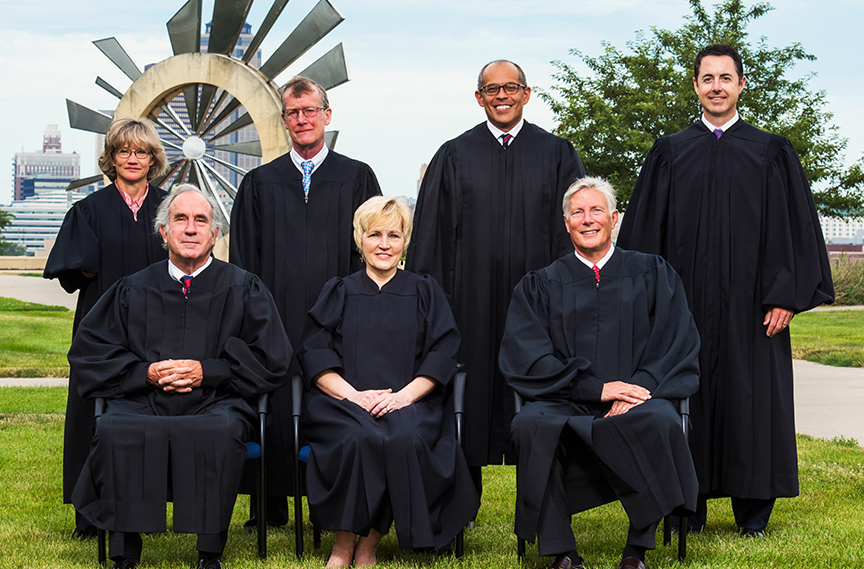 Convicted offenders serving indeterminate prison sentences in Iowa do not have a constitutional right to parole, the Iowa Supreme Court has held in the past. But in a decision handed down Nov. 23, Bomgaars, et al., v. State, the Court held that Iowa’s parole statute provides offenders a “liberty interest” in parole that is subject to the due process provisions of the federal and Iowa constitutions.

The inmates argue that the Department of Corrections’ waiting-list policy “arbitrarily and unreasonably” denies them realistic consideration for parole until near the very end of their sentence, and acts as a “silent mandatory-minimum sentence,” according to a brief filed with the Court by the inmates’ pro bono lawyer, Philip Mears of Iowa City.

For example, Travis Bomgaars, the lead plaintiff in the appeal, has served seven years of a 40-year sentence from Woodbury County and is tentatively scheduled for release in October 2030. Bomgaars was told at the time he entered a guilty plea that he would serve no more than 10 years of his sentence. “With a discharge date of 2030, Bomgaars, realistically, will not go to treatment for another 8-9 years,” Mears wrote. “Without court intervention, he will have served a mandatory minimum sentence of 16 years.”

The Supreme Court, in its Nov. 23 decision, agreed with the appellants that they have a “liberty interest” in parole under the due process clause of the 14th Amendment and under Article I, section 9 of the Iowa Constitution, in light of Iowa’s parole statute.

Iowa’s parole statute, Iowa Code section 906.4(1) provides, in part, that the Iowa Parole Board “shall release on parole or work release any person whom it has the power to so release, when in its opinion there is reasonable probability that the person can be released without detriment to the community or to the person.”

The U.S. Supreme Court has held that mandatory “shall release” language in state statutes creates a “liberty interest” protected by the due process clause of the 14th Amendment because it establishes a presumption of release under certain conditions.

The Iowa Supreme Court had not previously held that Iowa’s parole statute created a liberty interest. It did so in its Nov. 23 ruling in Bomgaars.

That left the question of whether the inmates’ due process rights were violated by lengthy wait times to enter sex-offender treatment before being considered for parole.

The Court’s answer: There is no constitutional violation because Iowa’s sex-offender treatment process meets state and federal due-process requirements, which are subject to reasonable limits on programming based on such things as classroom space or the availability of instructors.

“In considering this case, we emphasize that our job is not to approve or disapprove of how the State allocates resources in the prison system,” Justice Edward Mansfield wrote for the Court. “We simply conclude that no constitutional violation has been established.” Mansfield’s majority opinion was joined by all members of the Court except Justice Matthew McDermott, who filed an opinion concurring in part and dissenting in part, and Justice Brent Appel, who wrote a separate concurrence noting the narrowness of the majority holding.

McDermott agreed with the majority that the appellants proved no due process violation, but he dissented from the majority holding regarding the inmates’ liberty interest in parole.

“Since, in my view, the statute provides no right to parole in the first place,” he wrote, “I respectfully dissent on this issue and would hold that the State’s method for scheduling sex offender treatment doesn’t even implicate, let alone violate, any due process protections.”