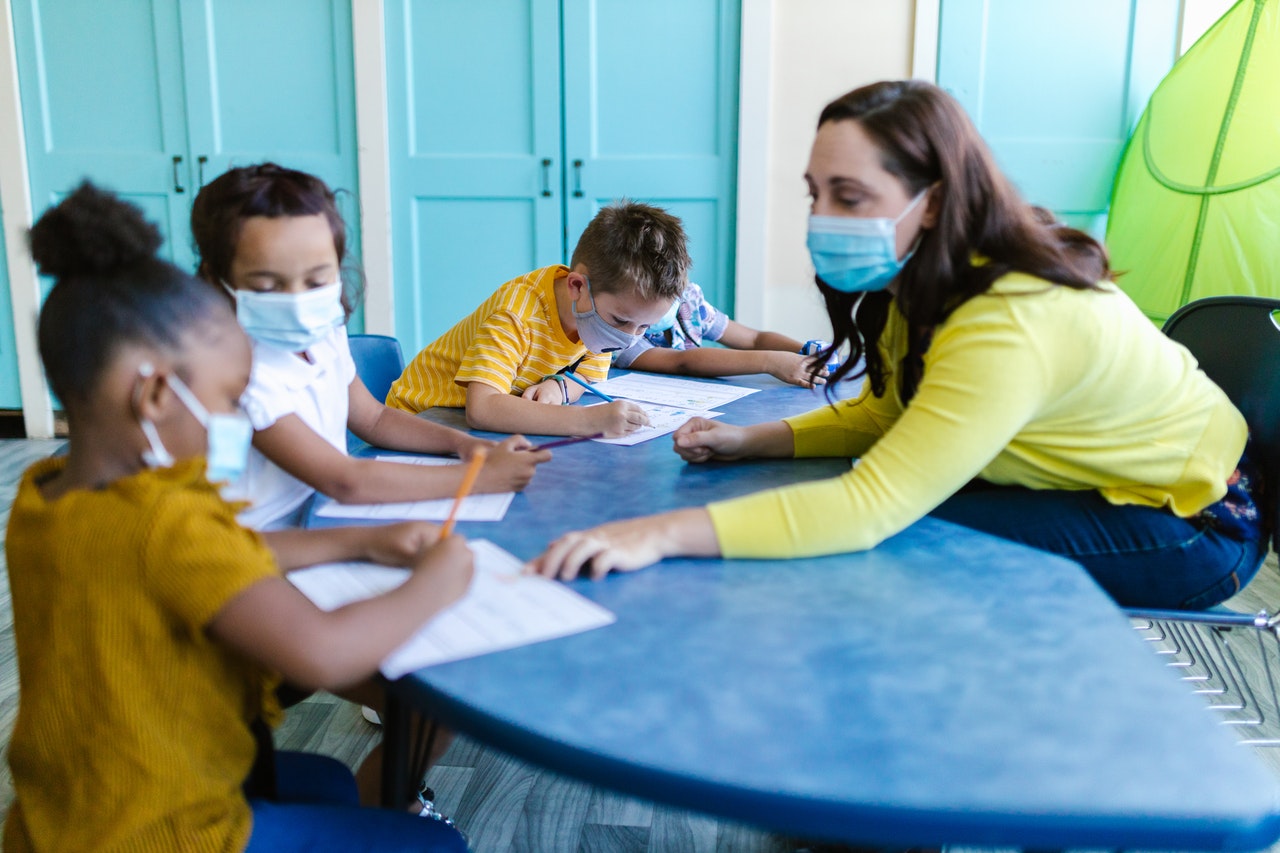 On Monday, May 16, a panel of judges from the United States Court of Appeals for the Eighth Circuit vacated an Iowa federal district judge’s injunction barring enforcement of Iowa’s ban of mask mandates in schools. In doing so, the Court of Appeals overturned its prior ruling from January, which affirmed the injunction in part. In its second opinion on this matter, an unsigned per curiam order, the Eighth Circuit panel found that the injunction was moot because “the current conditions [relating to the COVID-19 pandemic] differ vastly from those prevailing when the district court addressed [Iowa’s mask mandate ban].”

The State of Iowa enacted a bill into law on May 20, 2021, which forbade local school districts from implementing universal mask mandates on school property. This law was codified as Iowa Code section 280.31. The statute, which comprises a single sentence, provides that a school or school district “shall not adopt, enforce, or implement a policy that requires its employees, students, or members of the public to wear a facial covering for any purpose while on the school district’s or accredited nonpublic school’s property unless the facial covering is necessary for a specific extracurricular or instructional purpose, or is required by section 280.10 or 280.11 or any other provision of law.” (Sections 280.10 and .11 require eye and ear protection in certain in-school laboratory or workshop settings.)

Shortly after the bill was enacted into law, a disability rights group and several Iowa families sued the State in the United States District Court for the Southern District of Iowa to enjoin the enforcement of Section 280.31. The plaintiffs argued that enforcement of Section 280.31 would violate the federal Americans with Disabilities Act (ADA) and Rehabilitation Act (RA) because it prevented schools from taking adequate precautions to prevent the spread of COVID-19 to children with disabilities, such as preexisting respiratory issues.

On January 25, 2022, a three-judge panel of the Court of Appeals, consisting of circuit judges Duane Benton, Jane Kelly, and Ralph Erickson, issued an opinion affirming the district court’s injunction in part but vacating the injunction in part on the grounds that it was overbroad. The appellate panel found that the Plaintiffs were likely to succeed on the merits of their claims and demonstrated irreparable harm, but that the district court’s injunction was only proper with respect to schools or school districts with students with disabilities as defined by the ADA. For schools or school districts without students with disabilities, the Court of Appeals vacated the injunction, which would have meant that the State of Iowa’s mask mandate ban was enforceable for some schools but not others. For a more in-depth discussion of the Court’s January 2022 opinion, read our summary of the opinion here. Judge Benton, joined by Judge Kelly, authored the opinion of the panel, while Judge Erickson dissented, arguing that the plaintiffs failed to demonstrate they had exhausted administrative remedies and were not entitled to an injunction.

The State of Iowa then petitioned for rehearing of the panel’s decision, and the Court of Appeals granted rehearing before the same appellate panel. The panel’s May 16 opinion is the result of that determination to grant rehearing.

Unlike the panel’s prior opinion, which was signed by Judge Benton, the panel’s May 16 opinion vacating the district court’s injunction in its entirety was an unsigned per curiam opinion. This time, Judges Benton and Erickson composed the majority of the panel, while Judge Kelly dissented.

The per curiam opinion of the Court held that the Plaintiffs’ claims were moot in light of changes to the underlying COVID-19 pandemic. Specifically, the Court of Appeals pointed to the authorization of COVID-19 vaccines for children ages 5 or older, the fact that the Plaintiffs’ claims were filed during the time when “delta was the dominant variant,” and that “omicron has become dominant and subsided, leaving markedly lower transmission rates and case loads throughout Iowa and the country.” The Court concluded that in light of vaccine authorization and lower present transmission of the virus compared to mid-to-late 2021, Plaintiffs’ children’s “risk of contracting COVID-19 at school is now low even without mask requirements, as is their risk of serious injury or death.” As a result, the Court held, “enjoining Defendants’ enforcement of Section 280.31 has no effect on Plaintiffs’ children” and the claims are therefore moot.

In dissent, Judge Kelly criticized the panel majority for sua sponte raising the mootness issue and making findings regarding Plaintiffs’ children’s current risk from COVID-19 where neither party supplemented the record with evidence regarding the present-day risk or requested judicial fact-finding on that question. Judge Kelly argued that if the Court believed there was a risk that the claims had become moot, the case should have been remanded to the district court for a factual determination as to the specific risks faced by the Plaintiffs’ children, such as whether vaccines would be effective for these specific children given their existing health conditions.

Though the panel majority took no position on the merits of the Plaintiffs’ claims—notwithstanding the panel’s previous opinion affirming the injunction in part—both sides signaled a view regarding the merits of the dispute that enforcement of Iowa’s statutory ban on mask mandates would violate federal law. The panel majority noted that the statute contains an exception where it does not apply where “‘any other provision of law’ requires masks.” The majority then observed that Iowa Code section 280.31 would not conflict with federal law where “federal law requires masks” because the Iowa law would not apply in such a scenario, and therefore an injunction against its enforcement would not be necessary. Judge Kelly, meanwhile, highlighted this same statutory language, suggesting that Iowa officials enforcing section 280.31 “must allow” schools to determine “whether a mask requirement for certain people or places in the school building is a reasonable accommodation under the ADA and RA.”